Update on Canmake Mermaid Skin Gel UV SPF 50+ PA++++! Which One Is Better? Clear or White??

It’s time for an update on Canmake Mermaid Skin Gel UV SPF 50+ PA++++!! I know, I know, I haven’t used the White version for long, but I think I have a grasp on the effects it has on my skin by now. So, the burning question is, which one is better? The Clear version or the White version?? Hmmmm! Keep reading to find out! 👇🏻👇🏻👇🏻

When I first started using the the White version, I liked it. I thought it worked very similar to the Clear. Go here to read more on my first impression on the White version. I didn’t have any issues with the white cast. That was the only thing I was worried about plus if the sunscreen is going to break me out. Fortunately, it didn’t break me out, but the white cast got really annoying after a while. After using it, I don’t think I can wear this sunscreen on my no makeup days. The white cast looks pretty obvious, lol. At first glance, it looks like it could work out, but it’s just a no for me after a few days of using it, haha. I don’t want to walk around having this white tint on my face. It does make the skin look brighter, but it’s very noticeable. It’s not as subtle as I thought it was. So that’s a negative about this sunscreen and that’s what most people complained about — the obvious white cast it leaves behind! Besides that, there’s a few other things that bothered me about this sunscreen…

So the Clear and the White both are drying, but between the two, the White is a tad more drying on the skin. This sunscreen will attach itself to every single flake on the face (if there’s any). I had to prep my skin before using the White version because my skin looked like a huge mess when I didn’t moisturize my skin enough. I mean, you NEED to moisturize the skin before using the White version. Compared to the Clear, it appears that Titanium Dioxide is higher up on the ingredient list. That’s why the sunscreen gives off a white cast and is more drying. But, at the same time, even if it’s more drying, it really does help control excess sebum on my skin. It leaves a matte finish while the Clear made my face look like silicone and shiny. But I kind of like that dewy, shiny appearance to my skin. It makes my skin look so pretty and nice. I love the matte finish of the White too but the Clear makes my skin look pretty, lol. Also, the White version is more difficult to blend into the skin. The Clear version just smooths over much better and more effortlessly. Both feel drying on my skin at some point during the day (on my skin), but the Clear definitely wins when it comes to adding a little bit of moisture to the skin.

Now back to the obvious white cast! With the white cast, it looks awful when used alone (no makeup days). It made my skin appear dry and ashy. But, it seems to work very nicely when used underneath makeup. My foundation looks brighter and more even due to the the blank, white canvas it gives underneath the foundation. So that’s another thing I do like about the White version (including the matte finish it provides for my oily skin). But I’m having mixed feelings about the White version. I somehow like it, but I don’t. Honestly, I can see why most people like the Clear better. It just works better. It’s easier to apply, no white cast, and makes the skin look beautiful. WELL! It looks like the winner between the two sunscreens is the Clear! Maybe I’ll just use the White when I wear foundation or when my skin is feeling a little bit more oily, especially during the warmer months. Right now, I’m back to using the Clear. And I don’t think I’m going to purchase the White again. Even though it’s less expensive, it makes my daily morning routine much more difficult. I just don’t have the time to blend in sunscreen. It should just easily melt into my skin (like the Clear version).

*sigh* I really wanted the White to work, but it’s too difficult to use for every day. Would I recommend? Well, it could work for you, but the Clear is definitely a lot better between the two. I’m choosing the Clear! 👍🏻

My package arrived today for Canmake Mermaid Skin Gel UV SPF 50+ PA++++ White!! 🙌🏻 I’ve been waiting for this sunscreen to arrive for a while. Finally! It’s here! So, this time, I didn’t purchase the Clear version. I chose the White version (02 White) instead. From what I know about the Clear and White, they should work just about the same. It’s just that the White has a tone up effect on the skin. Making the skin look fairer and brighter. I’ve read not so good reviews on the White version while praising the Clear version. And the Clear is pretty good. No doubt about it. I mean, I’ve been using it for months now. But, I wanted to see if the White is similar to the Clear or if it could be even better. Also, fyi, the Clear costs a little bit more compared to the White version. Not by much. BUT STILL. I use sunscreen every single day, so I would like to (at least) save a little bit of money on sunscreen even if it’s just a tiny little bit. Sunscreen can get very expensive over time, especially with reapplication and the amount that is used to get the full benefits from it! I feel like I go through it like no other. It’s the skin care product that I use up the fastest. It’s really insane. ha! Anyways, if you missed out on my previous posts on Canmake Mermaid Skin Gel UV SPF 50+ PA++++, you can go here:

Those were my past reviews. Some of my thoughts have changed, some haven’t. Click on the link below for my most recent update on this sunscreen (Clear)! Just go to the section where I talk about sunscreen. ☀️

My most recent update on Canmake sunscreen in Clear! 👈🏻

Here’s a photo of both Canmake sunscreens. On the left, the Clear version. On the right, the White version.

After going through several (I mean several!!! lol!) bottles of Canmake Mermaid Skin Gel UV SPF 50+ PA++++ in Clear, now I have the one in White. I’ve been curious about the White version but didn’t go for it due to some reviews saying how it leaves a white cast on the skin after application. There were a lot of praises for the Clear version, and I use it and think it’s a good sunscreen. BUT! I noticed that the White is a little bit cheaper compared to the Clear version. As I mentioned before, sunscreen gets expensive over time when used properly. So I bit the bullet and went for the White this time. Just to see if it’ll work for me or not. You’ll never know unless you try it right?? If it works out, great! I’ll get the same sunscreen product, and I’ll save a little bit of money, lol. If it doesn’t work out, I’m still going to use it anyways, haha! I don’t think it can be that bad considering that the ingredients are very similar. But we’ll see how it goes! I’m excited for this! I hope it’s good!

So the sunscreen is a gel. It’s soft and smooth in texture and consistency. I didn’t see anything out of the ordinary, distinguishable differences between this sunscreen (White) vs the Clear version besides the White version just appearing whiter in color. When applied to the skin, it feels just like the Clear. It feels like a watery gel that glides over the skin nicely and smoothly. It blends into the skin well. It also feels rather cooling and soothing on the skin. There is a little bit of a white cast, but I noticed a slight white cast with the Clear as well. But it fades away after a while it’s been on the skin. With the White, wow, it’s the same thing! There’s a subtle white cast on the skin, but it didn’t look super white. I thought it was subtle. I’ve used other sunscreens that left my face pure white and this sunscreen wasn’t even near that. So it’s not as super white on the skin like I thought it would be.

All in all, I think it feels and looks very similar to the Clear version. A subtle tone up? No problem there! I needed some of that glow up on my no makeup days anyways, hah! Also, wearing the White version with makeup was simple, I couldn’t even tell if there was a white cast. My makeup just blends in and covers it up. So there ya have it! It works, and it’s not too bad!

This is what Canmake sunscreen in 02 White looks like. It just looks whiter when dispensed from the bottle. It didn’t look this white after blending it into the skin.

So it looks like the White version is just as good as the Clear version (on my skin). Keep in mind that I’m not that tan. Perhaps it may be different for someone with a richer complexion. Also, remember that this is from my experience after using it for ONE day. I just got the sunscreen and am very excited to test it out even more for the rest of the week! So far, it went well for today. Honestly, I’m really happy that it feels just like the Clear version. It seems to have the same effects on my skin like the Clear as well, such as drying out my skin just a little bit. That’s a bad thing, lol. As I mentioned many times before, Canmake contains mineral filters, and mineral filters are notorious for drying out the skin (happens to me with mineral filters!!). But I’m still using it, haha! I didn’t notice any breakouts by the end of the night either. It also worked very well as a makeup primer. It has the same smoothing, silky, silicone feel to the skin like the Clear version.

Yep! It seems like it’s working! I think I may be making the switch to the White version soon if this is the way it’s going. It works the same to me! No issues that I know of yet! But stay tuned for another update to see what happens. Sometimes stuff happens. 😲 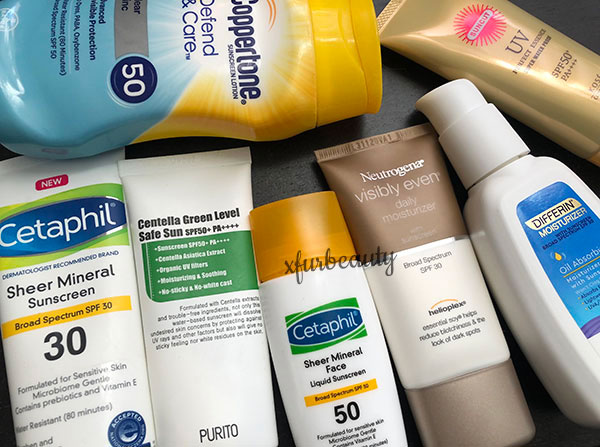 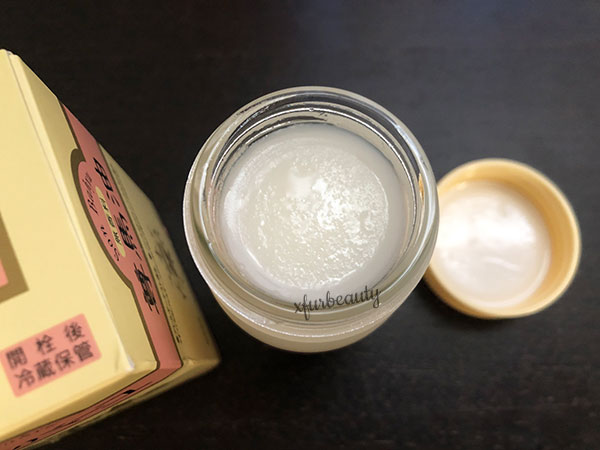 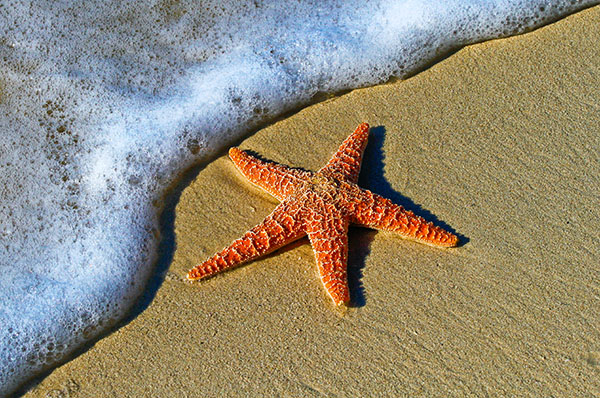 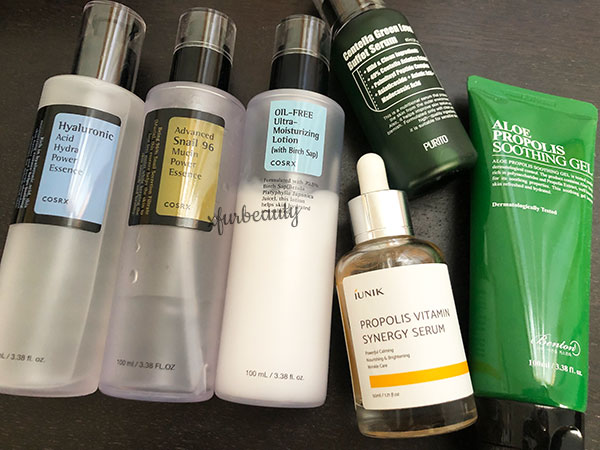 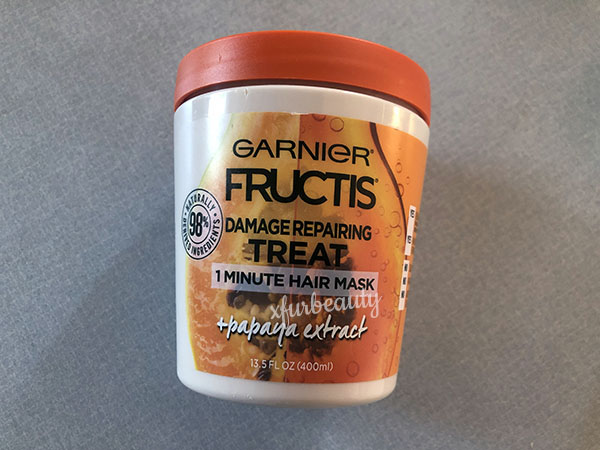 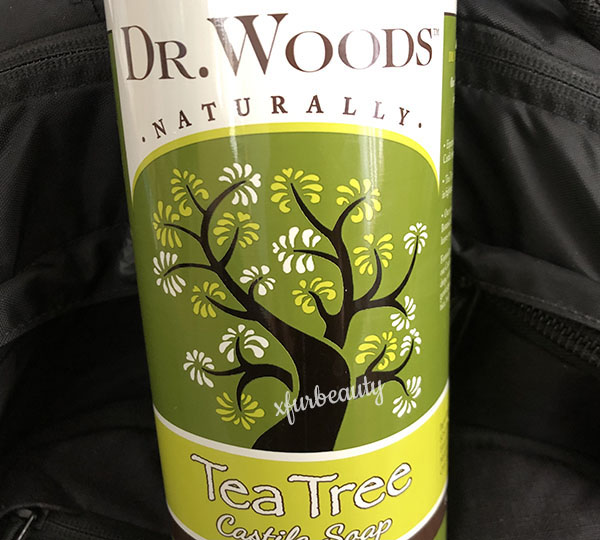 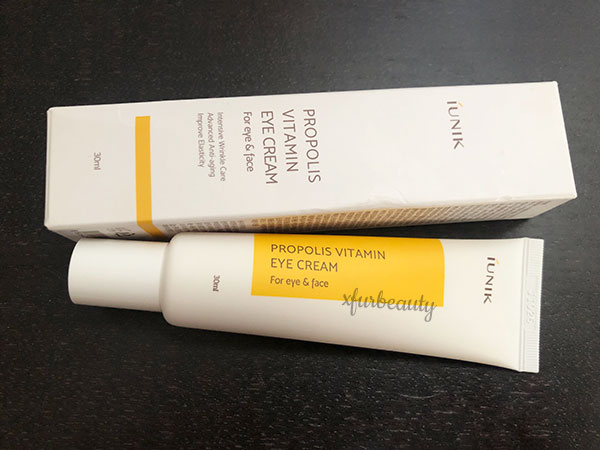 My Acne Journey: 1 Week In…